“I firmly believe that any man’s finest hour, the greatest fulfillment of all that he holds dear, is that moment when he has worked his heart out in a good cause and lies exhausted on the field of battle – victorious.” – Vince Lombardi 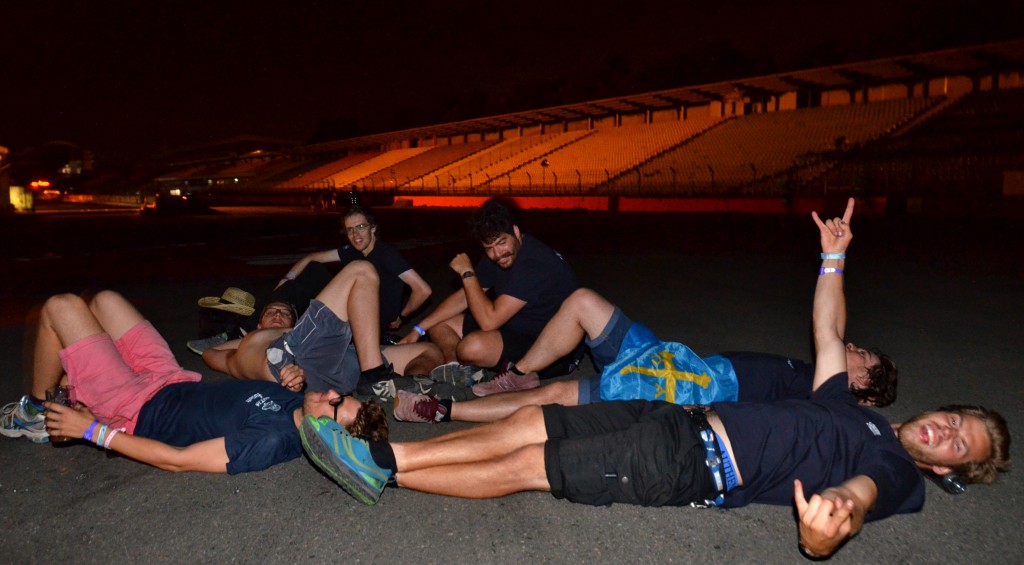 From the very start, the goal of the CFS14-team has been to reach the podium at the Formula Student competition in Germany. A couple of weeks into the project, enough funding were secured for the participation in one other major event, and FS at Silverstone was added to the list. After months and months of preparations and dedicated hard work the team finally set out for Silverstone in the middle of July, ready to bring on the competition.

While in the UK, we did some performances to be proud of and were among the top teams up until the last event. Unfortunately we failed to reach the finish line. It was a simple mistake. It shouldn’t happen to the best, but it can, and it did. We had our setbacks, but we analyzed them, worked with them and learned a ton. That’s what good engineering is about.

Three weeks later we brought a refined package to FSG in Hockenheim and eventually came out third in what is arguably the toughest and most prestigious single engineering competition in the world, thus reaching what we set out to do one September night in 2013. Read more about the outcome of the FSG competition in our press release here: http://www.chalmers.se/en/news/Pages/Chalmers-wins-3rd-place-at-Formula-Student-Germany.aspx

This also means that the CFS14 team has reached the end of a great ride. Our mission is done, our one year course is over and it’s time to clear out the old to make way for the new. Chalmers Formula Student is not like any other project. It’s a once in a lifetime experience, forging lifelong relationships and a reward in the form of a high performance creation that sets Chalmers and the team apart from other engineers in the eyes of the industry. It will serve as an example, a résumé and a reminder to yourself and all your future business partners and employers of just what we are capable of as a team as well as individuals. Now, some members will guide the next team ready to take on the challenge, a few of us that been on this ride as trainees will continue in to the next team as project engineers, but the rest of us will take all that highly valuable added knowledge and experience gained from this project and eventually achieve even greater things in life, just as many of our alumni have already done.

Chalmers Formula Student is one of very few teams in the Formula Student scene that competes with a completely new team and an equally newly developed design package each and every year. This is Chalmers way of maximizing the learning curve through hands on problem solving where knowledge transfer is vital and an essential part of any future practicing engineer. This upcoming year in particular means the start of a new era in the history of CFS where electric will be the powertrain platform of choice in the development of the next and forthcoming Chalmers Formula cars. If you believe you have what it takes to continue Chalmers Formulas legacy, now is the time to apply! You will find the application form along with an FAQ here: http://old.chalmersformulastudent.se/apply-for-cfs15-2/ Correction! The deadline has actually passed, but if you head on to the application form and be really quick about filling it in, you might just get lucky!

Chalmers once again wishes to thank all its partners, families, friends, faculty and staff members, the CFS13-team and anyone else that helped us carry out this project and reaching our goal. A special thank you also goes out to our Project Manager – Marcus Lindner and our course Examiner and longtime associate – Jonathan Rice that both are stepping aside from Chalmers Formula and moving on to better things. Saying that Chalmers Formula would be anything near the success it has become the last 3 consecutive years without them is an understatement and an insult. The team wishes them best of luck and hope to see them and maybe team up again when the cows come home.